To start describing this epic adventure of running Hood to Coast, I first want to tell you about all the fun we had in Seattle before the actual race.

I arrived on Wednesday morning with an easy direct flight from Sacramento. Meeting new people started right away, as Karen was on my flight too! After arriving in Seattle, we were whisked away straight to Nuun Headquarters to drop off our stuff, and left to explore the city on our own for a few hours.

A group of us (Meghan, Leslie, Catey, Mallory and I) headed to Pike’s Market and the waterfront. I love checking out the beautiful flowers and grabbing some fresh fruit at the market. I actually ate an almost 1 lb yellow peach as part of my lunch…. it was amaaaazing! 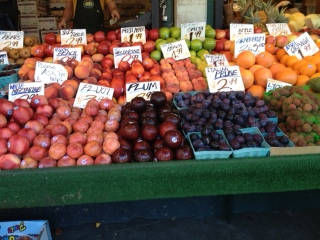 {no, not enough time to go on the ferris wheel}

As we were wandering around, Meghan mentioned that a friend she used to work with was now working at Brooks/Moving Comfort, and that he had invited her to come for a visit. She called Daniel to come pick us up, and he gave all of us an awesome tour! It was cool to see where the magic happens there since I wear their products — both shoes and sports bras.

{excited to be at Brooks! Mallory and I fit inside this shoe on wheels — but I just have a pic of Mal only}

After our little tour, we headed back to Nuun HQ to meet up with all the other ladies who had arrived. Nuun took us out to The Garage to play pool and bowl, eat snacks, and give us some time to get to know each other. It was really cool to meet so many other bloggers in real life that I have started to get to know online.

Thursday was another great day! In the morning, we headed to Oiselle HQ for a run and some more hang out time. It was a gorgeous day for an easy run around Green Lake. Those ladies are so lucky to have a perfect run spot right outside their doorsteps.

In the afternoon we went on a Duck Boat Tour, which was an absolute blast. I think I was laughing the entire time because our driver was hilarious — Captain Chaos! Plus, how can you resist quacking at everyone when you are on a duck! We saw a lot of sights including many Starbucks, the Space Needle, Pike’s Market, and Lake Union. 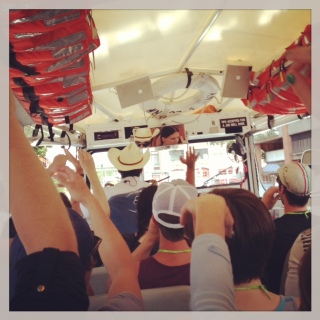 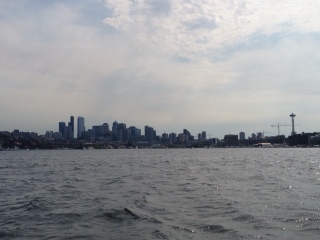 The evening was filled with dinner and van decorating at Nuun HQ. Plus there were even cupcakes in each team flavor! Thanks Megan! 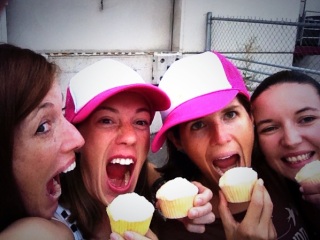 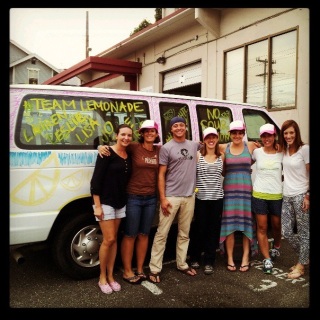 By the end of the day I was exhausted and so ready to start running the relay! Stay tuned for Part II–all about the running! 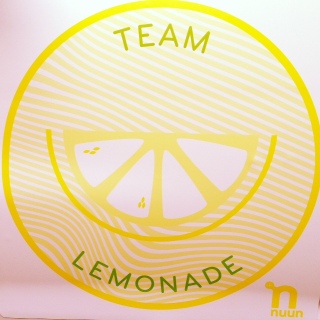 4 thoughts on “Hood to Coast with Nuun, Part I: The Fun Before the Race”